Dr. Javier Torres and Dr. Alberto Sandiumenge lead the selected works in the field of rare diseases and transplantation.

The Mutua Madrileña Foundation, in its XVIII Annual Call for Aid for Health Research, has awarded two million euros to 27 studies and clinical trials aimed at improving medical treatments that will be developed in different research centers throughout the country. Among them are two studies from the Vall d'Hebron Research Institute (VHIR) led by doctors Javier Torres and Alberto Sandiumenge, in the areas of rare diseases and transplantation, respectively.

Gene therapy for a rare disease

The work of Dr. Javier Torres, researcher of the Neuromuscular and Mitochondrial Pathology group of the VHIR, aims to develop a gene therapy by introducing a functional copy of the GFM1 gene in order to solve an alteration responsible for an ultra-rare disease: hepatoencephalopathy due to COXPD1. The research will be carried out in collaboration with teams from the 12 de Octubre Hospital ­– i+12 in Madrid, the CIMA in Navarra and the University of Zaragoza.

There are just over 30 reported cases of this disease around the world, but it is estimated that the actual incidence could be higher. Despite the fact that many patients die early after birth, a group of patients who have a longer survival has been described. The project seeks a treatment for these patients and, if validated, could serve as a model for the development of therapies for other rare congenital diseases with similar characteristics.

The project of Dr. Alberto Sandiumenge, head of the group of Donation, Transplantation and Therapeutic Use of Substances of Human Origin of the VHIR and intensivist and transplant coordinator at the Vall d'Hebron University Hospital, will assess the effectiveness of respiratory physiotherapy in potential lung donors as a tool to improve oxygenation and thus increase the number of solid organ donors.

If his hypothesis is proven, an improvement in oxygenation could lead to an increase in the number of lungs available, reducing the number of people on the waiting list, the time until transplantation and mortality on the waiting list. On the other hand, it would mean a better quality of the transplanted graft, with which some post-transplant complications would decrease and improve the short, medium and long-term prognosis of lung recipients.

The award ceremony of its XVIII Call for Aid for Health Research was held yesterday in Madrid, at the Mutua Madrileña Auditorium, in a ceremony presided over by the president of the Mutua Group and its foundation, Ignacio Garralda; the president of the Scientific Committee of the Mutua Madrileña Foundation, Dr. Rafael Matesanz; and the former head of the Microbiology and Infectious Diseases Service at the Gregorio Marañón Hospital, Professor Emilio Bouza. All three have been accompanied by the principal investigators of the studies that have received grants. 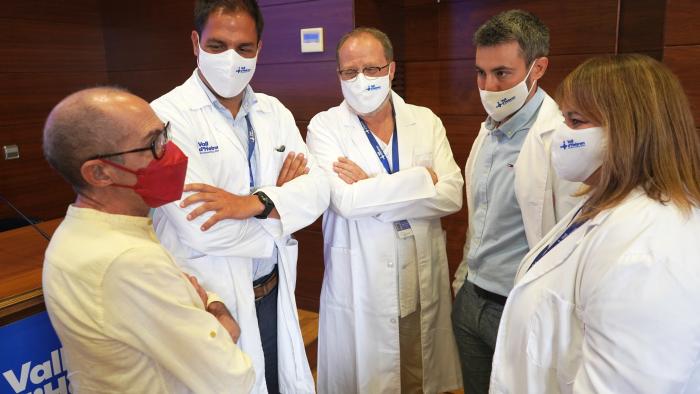