This small device, which is implanted beneath the collarbone thanks to a small incision, sends electrical impulses to the heart so that it can beat at a constant pace. 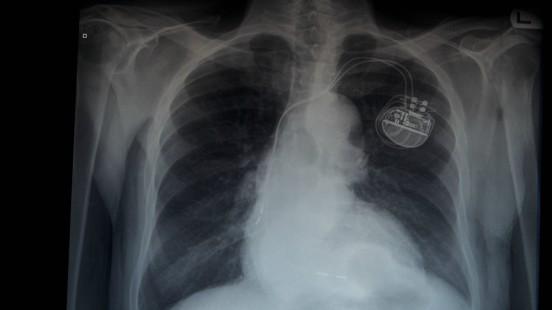 When is a pacemaker required?

Pacemakers help regulate the rhythm of the heart when natural stimulation fails, meaning they are used when the heart rate is slower or faster than it should be, with irregular beats, or if there is a blockage in the electrical system of the heart. Normally there are two causes:

How is it installed?

There are two types of pacemaker:

The artificial pacemaker consists of an electric impulse generator, the pacemaker, and a conductive cable. To install it, an incision is made in the chest, below the left collarbone.

We check it is placed properly by means of a radiological procedure and, if everything is correct, it is connected and remains under the skin. Afterwards the incision is sutured.

Always carry your European pacemaker patient card with you, as it contains all the information about the type of pacemaker and its settings.