Health tips for people with chronic phase of Chagas disease

Peer education consists of knowledge exchanges between people in the same group about the disease and the skills needed to maintain and improve health. As this is achieved by individuals, groups and communities, it empowers patients against the disease, involving them as active elements, and generating a group feeling. This facilitates common strategies in the process of raising awareness, removing stigmas and raising the profile of Chagas disease. 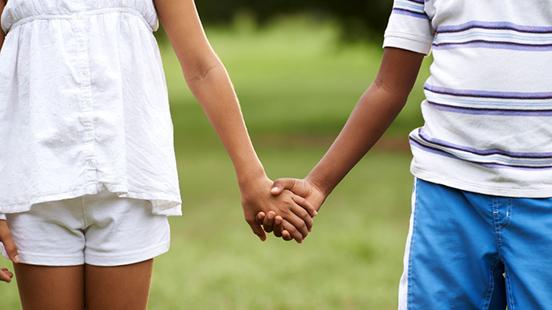 What do you need to bear in mind if you have chronic phase of Chagas disease or you are caring for someone who does?

Chagas disease is an infectious, usually chronic, tropical disease caused by the parasite Trypanosoma cruzi. People can become infected through the faeces of an infected insect, a triatomine, also known as conenose bugs, kissing bugs, assassin bugs or vampire bugs, depending on the country.

It can also be transmitted in other ways:

Transmission caused by the insect only takes places in Central and South America, but the other ways, due to the migratory movements of infected people, may occur in other corners of the planet. The illness can be prevented.

Although Chagas disease affects between eight and ten million people around the world, today it is not very well known. According to the World Health Organization, it is one of 17 forgotten and neglected diseases.

In somewhere like Spain this illness has different health education needs than in countries where it is endemic. Familiarity, awareness, removing stigmas and visibility of the illness are therefore essential instruments in health education about Chagas disease.

It is calculated that currently less than 10% of infected people know that they have the disease.

Who can be infected?

How do you know if you are infected?

People who have been diagnosed

Chagas disease is characterised, first of all, by an acute phase during which treatment is effective and it can be cured. In most cases, however, it evolves to become a chronic disease and, as such, requires control and monitoring for life.

More than half of infected people show no symptoms, but three out of ten will suffer heart problems and one in every ten digestive problems (years after having contracted the infection). In these cases, the process is initially asymptomatic, so that without sufficient treatment or monitoring the illness could manifest itself suddenly and cause irreversible damage or even sudden death.

What effects does the disease have?

What are the warning signs?

What effect does it have from a psychological point of view?

Chagas disease  is often accompanied by emotions and feelings of guilt, impotence and fear. Questions such as: “Why me?”, “What do I do now?” and “Does Chagas mean I’m going to die?” are common in people who have been diagnosed.

People who travel to countries with Chagas disease

There are no drugs (vaccinations or medicine) to prevent Chagas disease. People without the disease are at risk of becoming infected and people who are already affected are at risk of being re-infected.

The preventive measure we have is education.

Chagas disease has psychological, social and cultural characteristics and determinants for the people affected, their families and society. In fact, a diagnosis of Chagas disease can have significant repercussions from a psychological and social point of view.

Often, the people affected do not want to know if they are affected or not for fear of the disease and its imagined consequences: often these are based on popular beliefs and/or previous experience with relatives, friends or acquaintances who have died in an unfavourable social environment. Sometimes, they hide the disease for fear of being excluded at work.