A study led by Vall d’Hebron has shown, thanks to the use of gold nanoparticles and cell cultures, that enhancing the activity of natural killer cells of the immune system is key to eliminating HIV infection.

A study led by the Infectious Diseases and CIBBIM-Nanomedicine. Pharmacokinetic Nanoparticles research groups at the Vall d’Hebron Research Institute (VHIR) has shown, thanks to a new method with nanoparticles, that the activation of natural killer (NK) cells of the immune system would help eliminate reservoirs of the HIV virus in infected cells. The work, published in Nano Today, has had the collaboration of the Otolaryngology Service at the Vall d’Hebron University Hospital, the Inorganic Nanoparticles group at the Catalan Institute of Nanoscience and Nanotechnology (ICN2) the Autonomous University of Barcelona, IrsiCaixa and the Institute for Health Science Research Germans Trias i Pujol (IGTP).

Natural killer (NK) cells are a type of immune system lymphocytes that are important for recognizing and killing virus or bacteria-infected cells before the infection can be spreaded further, and also tumor cells. In the case of HIV (human immunodeficiency virus)-infected cells, NK cells play a key role in their elimination and are especially active at the beginning of the infection. However, as it is a chronic infection, NK cells stop responding well over time. “We know that natural killers are very important in the fight against HIV, so our goal is to find new therapies that enhance their activity so that they act again as at the beginning of the infection”, explains Dr. María José Buzón, head of the HIV Translational Research line at the Infectious Diseases research group at VHIR. In particular, the researchers focus on the cytotoxic activity of NK cells that is dependent on antibodies, that is, they use antibodies to direct NK cells towards infected cells in order to remove them.

To reactivate natural killer cells, researchers have developed nanoparticles that contain two types of antibodies. One type can recognize CD16 protein, which is found on the surface of NK cells, and the other type can recognize the gp120 protein expressed by infected cells and help NK cells to be activated more efficiently and clear the infection. “As a novelty, we have designed polarized nanoparticles, that is, antibodies that are the same are grouped in specific domains on the surface of the particle (on the one hand, anti-CD16 and, on the other, anti-gp120). This favors the binding to the proteins we are interested in and we better direct the immune response”, emphasizes Dr. Víctor Puntes, head of the CIBBIM-Nanomedicine. Pharmacokinetic Nanoparticles research group at the VHIR, head of the Inorganic Nanoparticles group at ICN2 and ICREA researcher.

Using this technology, the results of the study show that natural killer cells are capable of initiating a cytotoxic response towards infected cells and eliminating cells reservoirs of HIV in cultures of blood cells and human lymphoid tissue. “We have shown that enhancing the immune response, and especially that of NK, allows the elimination of HIV-infected cells”, says Antonio Astorga, predoctoral student at the Infectious Disease research group and first author of the study.

In order to investigate its potential use in the clinic, the Infectious Diseases research group at VHIR is now working on the research of bispecific antibodies, capable of recognizing both infected and natural killer cells to facilitate this union. In this case, nanoparticles will not be used, as it will facilitate the process of transfer to the clinic. The effectiveness of these antibodies to eliminate infected cells will be tested both in cell cultures and mice.

Innovation in nanotechnology for the improvement of health

In recent years, interest in research on the medical applications of nanotechnology has grown exponentially. Since the 1980s, researchers have worked to get nanoparticles to bind different types of antibodies that recognize specific proteins. However, until now it had not been shown that it was possible to create polarized gold nanoparticles with differentiated antibody domains, that is, where each type of antibody is added with those that are the same. This is cooperative adsorption. Until now, antibodies were randomly placed on the particle.

“Cooperative adsorption, which makes it possible to create polarized nanoparticles, had been seen on larger particles and surfaces. We believed it was also possible for small particles, but this is the first time it has been demonstrated”, emphasizes Dr. Puntes. To make this possible, the researchers have designed a methodology for the formation of nanoparticles that requires very specific and controlled conditions. Thus, they have managed to have polarized nanoparticles with two types of antibodies separated in space that allow increasing the efficiency of binding to the cells of interest.

Polarized nanoparticles have been used, in this case, to study the union between natural killer cells and HIV-infected cells. However, this technology could become a new research platform with a wide range of applications, such as cancer. In this case, it would be an immunotherapy strategy that would direct the cells of the immune system towards the tumor cells. 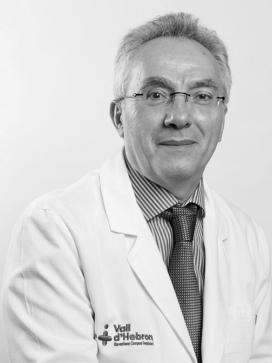