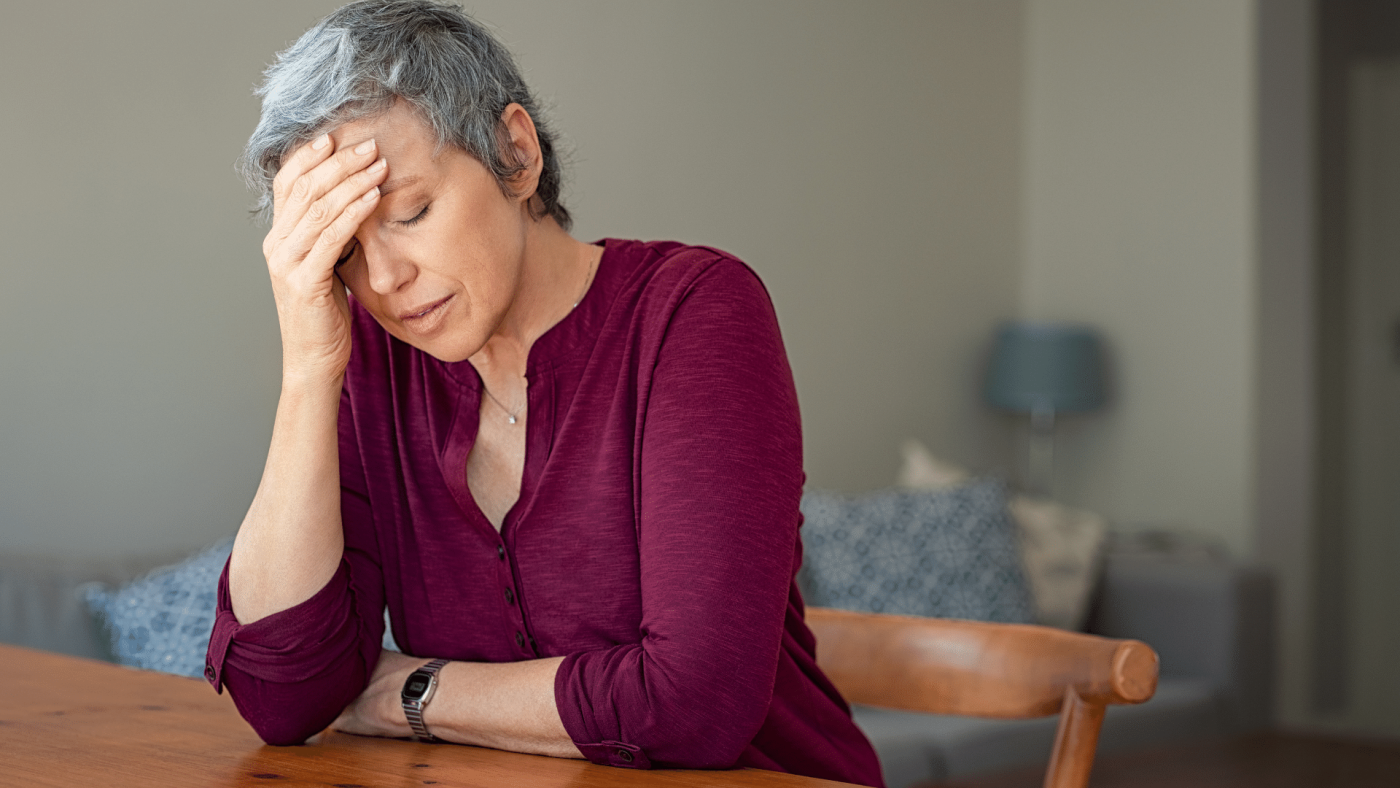 How, when and why does the menopause happen?

The menopause marks the end of the fertile stage of a woman's life. It is a consequence of the natural ageing of the ovaries and the end of their reproductive and hormonal function. During this process of losing fertility, some hormonal disorders can arise that affect the way the body works.

As well as the natural menopause we have just described, there is also induced menopause, caused by removing the ovaries, chemotherapy treatment or radiotherapy treatment, autoimmune diseases or abnormal ovary function.

The lack of oestrogen in the short term can cause:

1. Hot flushes and sweats: the lack of oestrogen causes the body's temperature to increase by almost 1 degree. Generally, hot flushes or a feeling of suffocation start at the thorax and rise up to the head and across the whole body. When a hot flush has happened, the body starts the process of going back to normal and in order to do so it produces sweat, which is the mechanism for reducing body temperature. Sweats may be as bothersome as or more so than hot flushes. 60%-80% of women experience them.
2. The frequency of hot flushes may be once a day or every half an hour. Normally, episodes occur at night. They usually last between three and six minutes. This situation can go on for six months or two to three years on average. 15%-20% of women will, however, have them for the rest of their lives.
3. Dizziness: a feeling of sickness and a sensation of not being stable.
4. Paraesthesia: a burning or pricking sensation or a feeling of extremities having fallen to sleep.
5. Psychological symptoms: often associated with hot flushes or suffocation. The changes that take place for women during climacteric - which incorporates pre-menopause and menopause and lasts between 5 and 15 years - are the consequence, on the one hand, of endocrine and metabolic changes and, on the other hand, of an individual's psychological characteristics and social factors. The symptoms are:

These come about 5-10 years after the beginning of menopause.

Current treatment is based on physiotherapy to improve pelvic floor muscle strength. Treatment with oestrogen improves mucosal trophism and can help to decrease symptoms and improve the symptomatology.

The skin may also undergo changes caused by oestrogen deficiency, as well as by other age-related or external factors, such as exposure to sunlight.
The passage of time leads to decreased collagen and skin thickness, which causes the skin to become looser, more wrinkled and to lose its elasticity and sensitivity.

The arrival of the menopause does not mean that a women's sex life has come to an end. The opposite perception is also mistaken. It depends more on social and cultural factors than on hormones.

The menopause brings with it certain changes and may lead to some disorders, but this does not mean a loss of femininity:

These begin to appear 10 years or more after the beginning of menopause.

The lack of oestrogen in the long term can cause:

During the reproductive stage of their lives, women experience a greater degree of protection against cardiovascular diseases than men thanks to the action of oestrogen on the body.

The definition of the menopause is one year without having a period. Aside from that, the diagnosis will be clinical on account of all of the symptomatology explained above and also the findings of general tests, where there will be an increase in cholesterol, but the main signs relate to hormones, with a major increase in gonadotropins and particularly more than 40 IU/l FSH (follicle-stimulating hormone) and oestrogen deficiency, with values below 18 pg/ml.

Prevention rather than cure during the menopause

Healthy habits should be maintained during the menopause.

The menopause DOES NOT need to be treated but THERE ARE treatments to reduce some of the symptoms and improve the quality of life of affected women.

Oestrogen deficiency leads to the changes that some women experience. Hormone replacement therapy (HRT) involves supplementing these hormones. HRT allows minimum hormonal levels to be restored, allowing some women who have severe symptoms to retain a good quality of life.