People with Fabry disease have a complete genetic deficiency or lack of the alpha-galactosidase A enzyme. This causes a build up of a fatty substance (glycolipid), usually made up of this enzyme, in the cell lysosomes. The gene responsible for Fabry disease (GLA) is found in the X chromosome, meaning it is passed on via the affected X chromosome of the mother or father.

When the father has the disease (XY), they pass the X chromosome to their daughters but not to their sons, who inherit the Y chromosome from their father. When the mother has the disease (XX), there is a 50% chance of passing either the healthy or the altered chromosome both to her sons and daughters, as the mother has two X chromosomes. As women have two X chromosomes, the unchanged chromosome can partly compensate for the changed one. For this reason, women may present with a wide range of clinical forms of the disease of varying severity and, in general, it appears later than in men. Men with classic mutations of the disease tend to present with severe forms, which may even start during infancy or childhood.

The GLA gene affected has around 1000 different known variants. This means that Fabry disease may take various forms depending on the type of mutation (classic or late-onset and atypical forms).

Who does it affect?

It tends to be more serious in men than in women. The fact that it is passed on through the X chromosome means that women are affected almost twice as much as men, but the variety of ways it is expressed means that many women are not diagnosed.

Some classic mutations begin during infancy. Children may have problems from 3-4 years old. It all depends on the type of mutation.

Early diagnosis can be made through a blood test to identify enzyme activity, and also genetic testing.

Depending on how the disease manifests in the patient, the condition they have may vary.  Patients with kidney problems will be sent to a nephrologist, other patients may have arrhythmia and see a cardiologist. Someone else may have pain and be treated by a neurologist or rheumatologist, or be seen by dermatologist for a skin rash.

It usually begins with pain in the hands and feet, abdominal pain, becoming tired easily and a rash on the skin, and continues with kidney problems in adolescence (there may be albumin in the urine). Patients may also have myocardiopathy or left ventricular hypertrophy detected by an echocardiogram.

Symptoms appear gradually. Professionals must bear this possibility in mind and detect and diagnose it early.

The symptoms of Fabry disease can be treated with pain medication, or medication to reduce proteinuria or for arrhythmia, but specific treatments are also available. Enzyme replacement therapy has been an option since 2001. The genetic alteration means that enzyme reproduction is deficient. This protein can be genetically engineered in the laboratory and administered intravenously every 15 days. The protein enters the cell and its effect lasts several days. However, as it does not produce more, the deficient enzyme must be replaced intravenously on an ongoing basis.

Overall, enzyme replacement therapy reduces the appearance of serious complications and improves survival by an average of 20 years.  It is important to start treatment before there are irreversible lesions in the tissue to achieve optimal therapeutic benefits.

An alternative treatment to enzyme replacement has recently appeared: pharmacological chaperones. If the gene mutation means that no protein at all is produced, this type of treatment cannot be used. If a defective protein is produced, giving this molecule - so called because it binds to the residual protein and changes its structure, improving its activity - can be effective in the case of responsive genetic variants (20-30%).

A way to improve transportation and intracellular action of the medication is being investigated at the Vall d'Hebron Research Institute (VHIR). This will enable the enzyme to have an optimal effect by reaching the right area through nanoparticles. These allow the synthesised enzymatic molecule to be transported and released at a certain point.

Another type of treatment being developed is gene therapy. This consists of changing the genetic information, using a vector to introduce a normal gene into the cell to enable it to start producing this enzyme normally and permanently. If successful, this would be a cure.

Broader genetic testing helps to determine what is happening with the rest of the family and can detect those in the early stages of the disease.

Screening populations at risk, such as those with kidney disease of unknown origin, myocardial hypertrophy with no known cause, stroke at a young age, sudden loss of hearing, etc.

Nephrologists, cardiologists, neurologists, dermatologists, ophthalmologists, and so on,   must be aware of the disease when analysing the symptomatology and pay attention to medical and family history to rule out the disease. 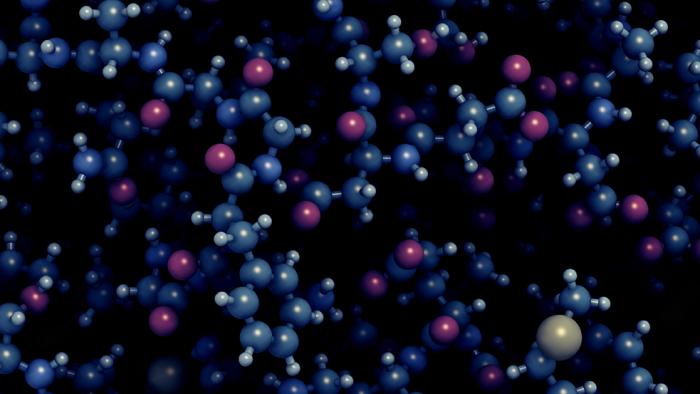