Haemophilia is a disease that is characterised by the presence of haemorrhages, and is caused by a deficiency of a coagulation factor. Treatment consists of replacing this deficient factor. 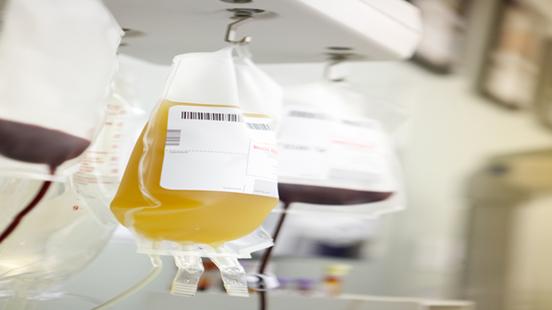 Treatment for haemophilia consists of substituting the deficient factor in cases of acute bleeding via intravenous administration, before any aggressive examination or surgical intervention. Factor VIII or IX concentrates can be made from plasmas or by recombining those obtained using biotechnology. In mild cases, other drugs such as desmopressin, a synthetic derivative of vasopressin, can be used.

In severe haemophilia, preventive treatment must be started before the age of two or after the first haemarthrosis to avoid serious joint complications caused by repeated bleeding, and can be used as a preventive treatment of brain haemorrhages. In haemophilia A, factor VIII should be administered three days a week and two times for haemophilia B. New treatments currently in development will allow future infusions to be spaced further apart.

Plasma and recombinant factors are currently effective and safe for the control and prevention of haemorrhages. The most serious complication in treatment is the onset of an inhibitor, and it appears in 30% of cases with severe haemophilia A and between 2% and 4% of haemophilia B cases.